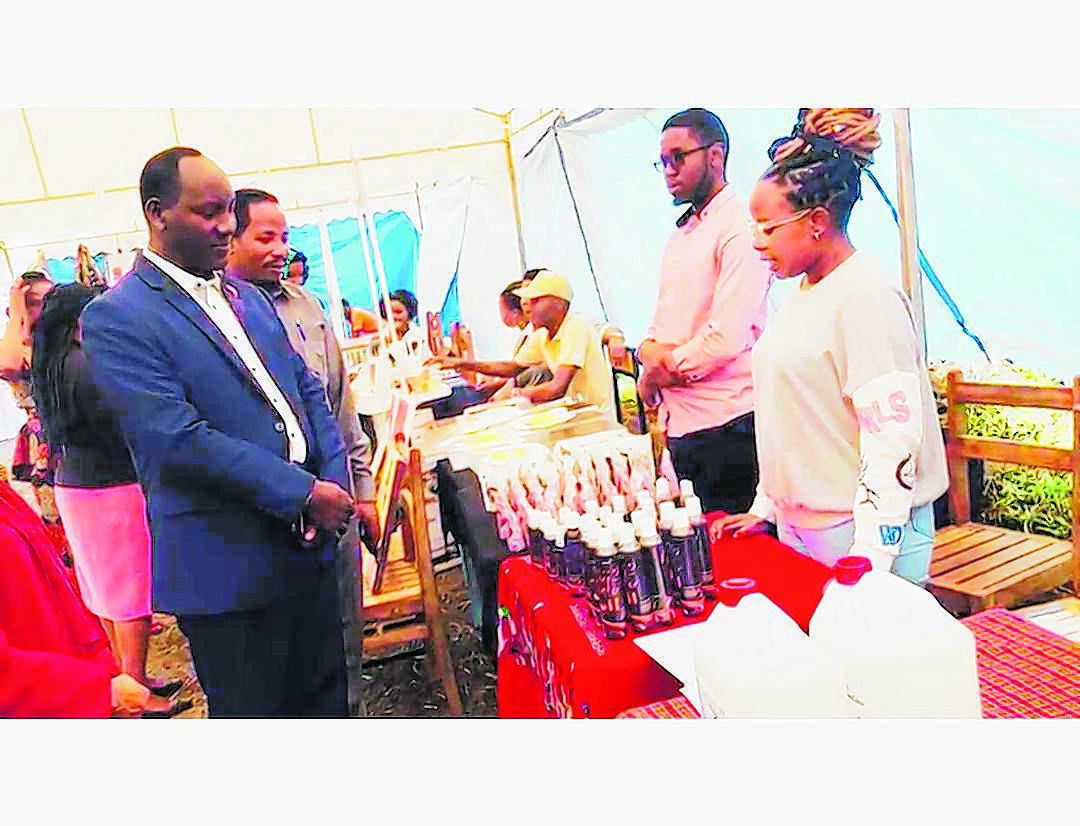 The inspiring story of a graduate’s self-employment

In today’s beauty world, more and more people are turning to ancient, natural and scientific ways to improve their appearance.

The trend has led to the increased use of castor oil for hair and skin care. The oil is believed to have the ability to treat damaged hair, give dull skin a glow, and prevent aging, making it one of the most sought after oils.

The product is a vegetable oil pressed from castor seeds – and is used for cosmetic and medicinal purposes. In Tanzania, the Dodoma region is the main producer of castor beans, while Brazil, India and Argentina are the main producers in the world.

A castor oil consumer herself, Amelia Mbalazi, 22 – a graduate of the Arusha Institute of Accountancy – saw the opportunity in the castor oil craze and decided to invest in it. ‘business.

Amelia started using the oil in 2019 to treat brittle hair and dandruff. She got the oil from her sister who promised her it would solve her problem.

“My sister gave me a small bottle of castor oil which she said would solve my damaged hair problem. At first I doubted her; but once i tried it i never wanted to stop. The results were clear three months after the first application. However, at the time, it was quite difficult to get the oil, ”says Amelia.

She says that a month after she started using castor oil, her friends noticed the change. They asked her what product she was using for her hair because it looked healthier. The positive remarks people made about her hair made Amelia see the opportunity in the product, which was not readily available in the area.

She did a lot of research on how to get the oil and started her business. His friends were his first clients. She later realized that some traders were falsifying the oil but claiming it was pure castor oil.

The recently graduated entrepreneur saw this as a threat to her business and felt compelled to find a solution. She didn’t want to lose her clients. After racking her brains for a while, she got the idea to start producing the oil on her own. She learned how to produce castor oil through YouTube tutorials, online reading, and consultations with local producers.

This is how “Ammy Castor Oil” was created – and Amelia says the quality of the product has earned her the trust of her customers who have grown day by day. Given the high demand for her oil, Amelia is currently in the process of obtaining certification from the Tanzania Bureau of Standards.

“Some traders mix castor oil with other oils, which sometimes makes it ineffective. That’s why I decided to start producing my own oil. I do not add any chemicals that could make it lose its natural value. That’s why I receive new clients every day who use Ammy Castor Oil for optimal and effective results, ”she says. “For me, quality and customer satisfaction are very important. I’m not looking for profit but customer satisfaction … And we all know what that means, ”notes Amelia.

With a team of three employees, Amelia produces castor oil for beauty and health. She currently works from home – she hasn’t opened a store yet – and makes deliveries almost everywhere.

When Amelia finished her formal education last month, she decided to devote her full attention to the business. Armed with a degree in economics and finance – plus two years of entrepreneurial experience – she was convinced that everything would be fine. She chose self-employment because she knew it would not be easy to get paid employment in an already saturated labor market.

This most researched vegetable oil helps repair and prevent hair damage, treat dandruff and other scalp issues. It is a moisturizer for the hair and skin and contains anti-aging properties. Castor oil also nourishes cracked, dry and damaged skin, fights fungus, stimulates hair growth and is also good for healthy nails.

“Its benefits are endless. The oil can also be used internally to treat constipation and other ailments, ”she adds.

She is happy not to depend on her parents and lives in Dar es Salaam for her daily maintenance.

Amelia is also able to pay the rent on a house, thanks to her castor oil business. Although she runs the business for a living, Amelia says she also has the best interests of women at heart. She aims to help women have healthy hair instead of going for low cuts like many do. This is why she offers packages that she is sure any woman who takes care of her hair can afford.

Amelia has clients in Mwanza, Dodoma, Arusha Morogoro and Dar es Salaam. They have agents in these areas who buy at full sale price for resale. She also provides it to individual clients who contact her through her social media platforms. Most of his clients are women who use castor oil as a natural remedy for hair and skin as well as for massage.

Amelia says social media has helped take her business to the next level. She gets new customers almost every day through Facebook, Instagram and WhatsApp. She has 4.5 thousand Facebook friends, 9 thousand Instagram followers – and gets over 500 viewers on her WhatsApp status every time she posts her products.

Amelia says castor oil is readily available today. But it’s the quality that’s at stake, as many sellers add a lot of extra ingredients like coconut oil which lowers the natural level of the oil.

“The oil is now easy to access compared to before – from 2018. This time it was difficult to access because it had to be imported. Today, investments in the company have increased, hence its immediate availability, ”she said.

Commenting on the competition in the market, Amelia says “it’s tough”. It gets along by charging affordable prices, thus making its products more attractive to customers. “It boosted my sales because people buy according to their pockets,” she says.

Hellen Paul, a regular user of Ammy castor oil, admits that the oil has done wonders for her hair. She started using it in early February of this year and is now proud of her thick, long and healthy hair. The oil also treated her itchy scalp and dandruff.

Amelia is proud of her progress and is happy to have taken the risk of investing in the business. She is proud to have had enough self-confidence to go beyond being a castor oil customer into a true producer. His degree in economics and finance is useful for managing his investment. She is looking forward to developing the business by getting more agents all over the country. She sees her business crossing borders in the near future – and generating more jobs for other young people.

Dill Anthony is also an Ammy castor oil user – and is now an agent for the product.

“Amelia is my friend and I have been an agent for her products since May of this year. I decided to become an agent after being impressed with the quality and benefits of Ammy Castor Oil. It’s affordable and I’m making money as an agent, ”says Dill.

24 effective beauty products with shocking before and after photos