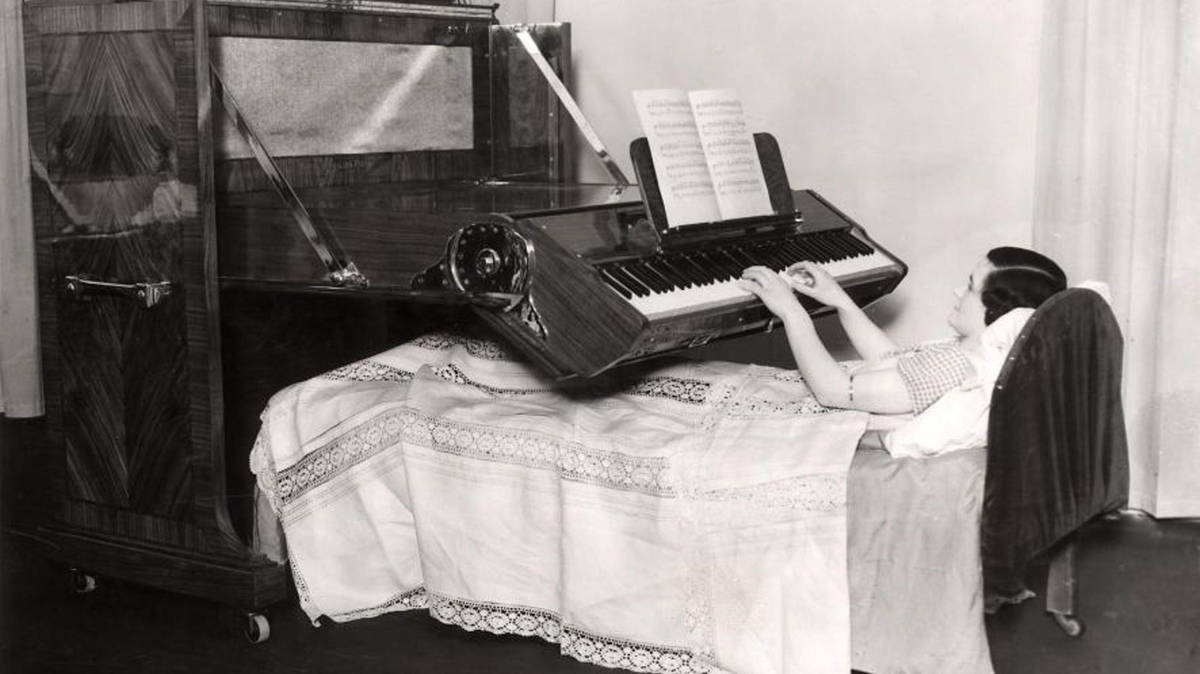 As an invention, it was the pinnacle of science and logic.

So, in those days of the 1930s when you were far too sick to stay anywhere but between the sheets, you could still do your practice hours.

The device, said to have been invented in Britain, sits at the foot of the individual’s bed and extends towards his hands.

It’s no different from a modern keyboard, just a little more clunky (see above).

Read more: The medieval “flute of shame” was used to punish bad musicians

“Piano invalide” appears to come from the Spaarnestad collection of the National Archives of the Netherlands.

The collection, one of the largest image banks in Dutch history, contains over 13 million historical photos depicting important events of the 20th century.

Oddly enough, however, this particular image comes from Great Britain.

Spaarnestad has a beautiful Instagram account, where you can find a rich collection of photographs of Dutch musicians, ballet dancers and a 1938 miracle cure for baldness (really) – as well as a handful of images from the British Royal Family. .

The best grooming gifts for dad