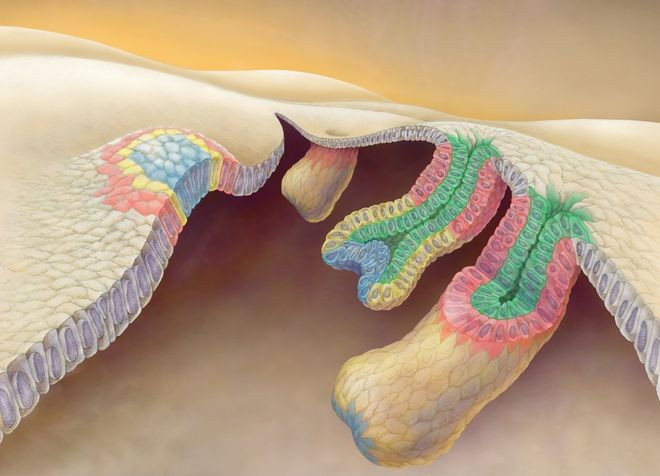 The study of cell formation may lead to a measure to counter baldness: The Asahi Shimbun


A research team’s study of how hair-generating tissues form on the skin has overturned an existing theory and could lead to hair regrowth treatments.

Scientists at the Riken Research Institute and others have found that hair follicle stem cells are derived from cells different from those previously suggested.

Their results were published in the British scientific journal Nature on June 10.

The team used live ex vivo imaging to monitor hair follicle cell formation in a mouse fetus. The technology allowed them to place fluorescent markers on specific cells for observations on how they move and change.

When the recorded footage was played backwards, scientists were able to trace the origin of the targeted cells.

Using the results of a genetic analysis, the researchers determined that cells with similar characteristics were arranged concentrically in a section that became the base of follicle cells.

Over time, the cells changed shape to form a cylinder with a hollow center.

The team named the cylindrical compartment the “telescope model” because its movement was similar to that of an extendable telescope.

The study also showed that the hair-generating follicular stem cells are derived from the edge of the cylindrical compartment. It was previously believed that another cell near the edge would become the base.

The team said their findings could lead to a variety of applications, including treatments for diseases involving follicle cells and a method to efficiently produce follicle cells from induced pluripotent stem cells (iPS) and other cells for get hair regrowth.

“The development of this new concept could have a huge impact,” said team leader Hironobu Fujiwara. “Other organs, such as the mammary and sweat glands, may be made up of the same mechanism. We want to continue our research.